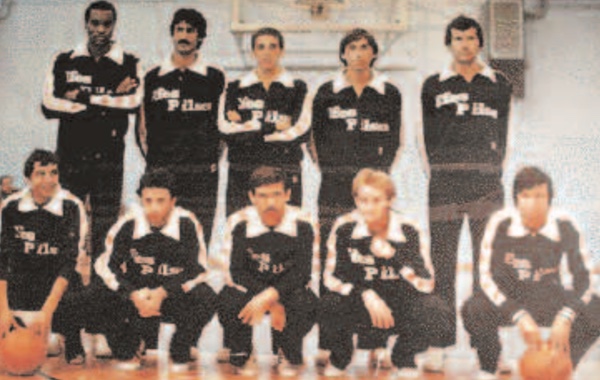 Anadolu Efes Sports Club has been founded in 1976 with the presidency of Mr.Tuncay Özilhan, by taking over of Kadıkoy Spor.

One of the main objectives of Anadolu Efes, is to contribute to the improvement of Turkish sports, to represent Turkey in the European arena with success, and to encourage youth about basketball. Anadolu Efes introduces innumerable new stars of basketball from its infrastructure to Turkish sports each year. 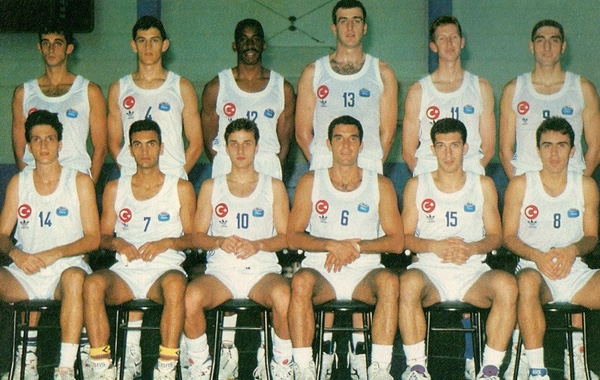 It is the first team to organize a Final Four tournament. Istanbul’92 Final Four Organization was a great success organized by Anadolu Efes. 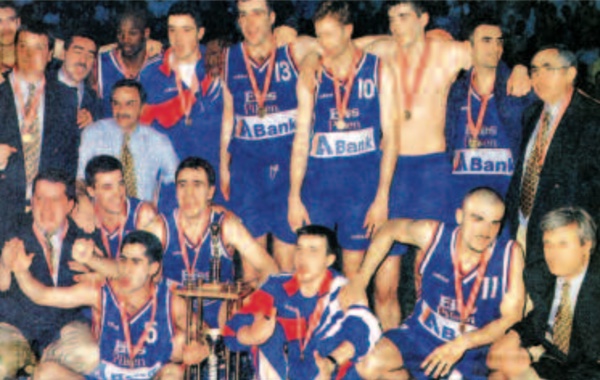 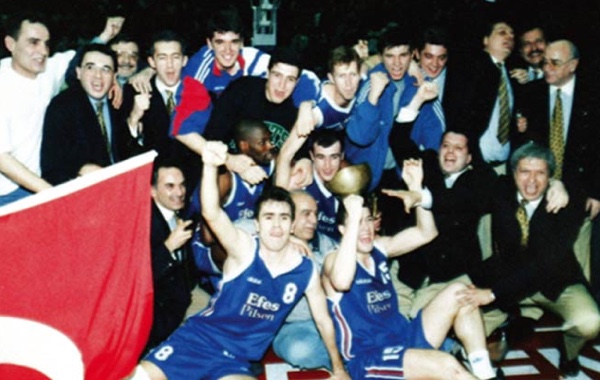 The happy faces of players and managers after winning the cup.

It is the first Turkish team that wins European Cup. In 1996, Anadolu Efes made history by winning Korac Cup. 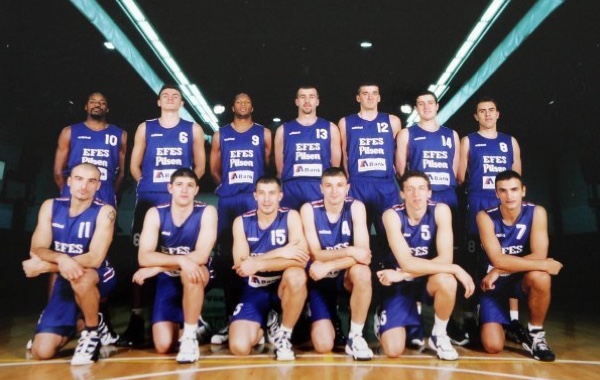 It is the first team to play in Final Four of European Cups. Anadolu Efes participated in the Final Four tournament in Euroleague in 1999-00 and 2000-01 seasons, and became one of the top four teams. In both of these seasons, Anadolu Efes finished in the 3rd place. 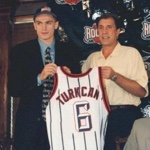 Anadolu Efes is the first Turkish team to send a player to NBA. 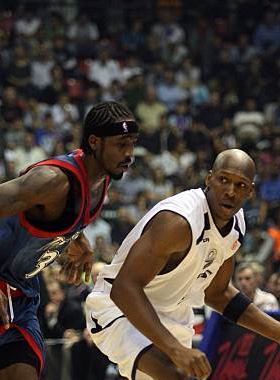 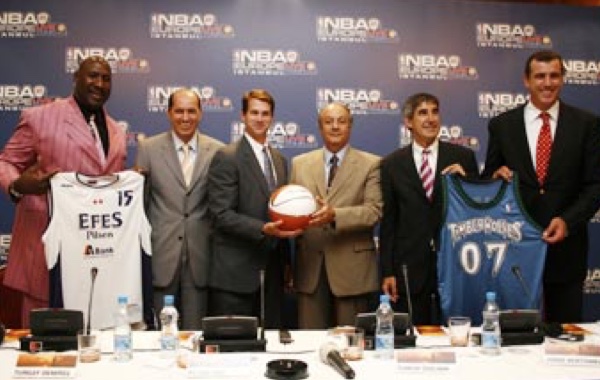 Anadolu Efes is the first Turkish club to play friendly games in America. Anadolu Efes was invited in the beginning of 2006-07 season to the USA to play two friendly games within the scope of "NBA Europe Live Tour” in line with the agreement signed between NBA and Euroleague. Anadolu Efes played a preparation game against Denver Nuggets on October 10th, 2006; and against Golden State Warriors on October 12th, 2006.

In the beginning of 2007-08 season, Anadolu Efes welcomed Minnesota Timberwolves from NBA within the scope of “NBA Europe Live Tour”, and played a friendly game against Timberwolves on October 6th, 2007. It was the first preparation game by an NBA team in Turkey; and game against Minnesota, was the first game between an NBA team and a Turkish team played in Turkey in our basketball history.

With 15 Championship titles in Turkish Basketball League, it keeps “the most championship winning team” title in basketball.

With 12 titles in Turkish Cup, it keeps “the most Turkish Cup winning team” title in basketball.

Anadolu Efes also won the General Directorate of Youth and Sports Cup two times in 1989 and 1990.

Anadolu Efes, which completed the normal season at the 3rd place behind Eczacıbaşı and Tofaş, showed a great effort in the final round and won the championship in 1978-79 season in the Turkish Basketball League 1st Division, where it took place for the very first time. Anadolu Efes Basketball Team once more won the Turkish Championship and right after this, it was repeated in 1983-84 season again, 2 championships in a row. Anadolu Efes has been the first Turkish team, which played in the quarter finals in Korac Cup, in 1990. Anadolu Efes, which after 7 seasons reached the championship 3 times in a row in years 1992-1994, qualified to the final in Eurocup, in 1993 and lost at the final played in Torino, against Arsi from Greece by 48-50. Aydın Örs is the name who carried Anadolu Efes, which started its Europe journey in 1970-80 seasons in 90's. In 19 years Europe career, Anadolu Efes played 182 games in total where it had 111 wins, 71 loses and a success ratio of 61%. By being one of the most experienced clubs of the league, Anadolu Efes played 116 games with Aydın Örs, where it won 83 and lost 33 and reached a success ratio 71%. Örs' team in 58 cup games out of 85 and also got success in Cup 2. The season 1996 brought with the greatest success in Europe. Anadolu Efes won the Korac Cup and been the first Turkish team celebrating a cup in Europe. Beating Teamsystem Bologna in semifinals, Anadolu Efes won against Italy's Stefanel Milano, which played in finals 3 years in a row with scores; 76-68 and 70-77. In 1996-97 season, Anadolu Efes once more won the Turkish Championship, for the 8th time as a team and for the 5th time with coach Aydın Örs.

With Aydın Örs' leaving in 1999, the young couch Ergin Ataman, who brought the Saporta Cup to Monte Paschi Siena Italy, took over the team. Anadolu Efes qualified for the Final Four in 2000 and took place in the European League in Thessalonica. After losing the first day against Panathinaikos, Anadolu Efes won against Barcelona with its players, Rentzias an Gurovic, on the game for 3rd place by 75-69 and let the Barcelona to be the 4th.

Ergin Ataman, who carried his team to the 3rd place in Europe, resigned the next year after the losses against Telekom, in the Turkish Basketball League, and against Pau Ortez in Superleague. And a young coach left his place to another young one, Oktay Mahmudi. Oktay Mahmudi, who standing coached the team for two games won both, after Aydın Örs' resigning, this time became the head coach of the team. During this period Anadolu Efes got the 3rd place in Superleague Final Four behind Maccabi and Panathinaikos; won 18 games and lost 8 games. During 2001-2002 season Anadolu Efes has beaten Ülkerspor in finals by 4-2 and reached the championship for the 9th time and deserved the title as "the most championship winner" in the Turkish League.

Although Anadolu Efes, after qualifying to the top 16 in Euroleague, played many successful games could not recover the losses against Kinder Bologna and Real Madrid home court and so could not qualify for the Final Four. Having a hard time during the 2002-2003 season Anadolu Efes once more met Ülkerspor at the final series.